(a) REGULATIONS.—Not later than 120 days after the date of enactment of this Act, the United States Postal Service shall promulgate regulations to clarify the applicability of the prohibition on mailing of cigarettes under section 1716E of title 18, United States Code, to electronic nicotine delivery systems, in accordance with the amendment to the definition of ‘‘cigarette’’ made by section 602.

(b) EFFECTIVE DATE.—The prohibition on mailing of cigarettes under section 1716E of title 18, United States Code, shall apply to electronic nicotine delivery systems on and after the date on which the United States Postal Service promulgates regulations under subsection (a) of this section.

We can still use UPS, FedEX and DHL 🙂

The PACT Act requires online retailers to collect state/local taxes before shipping orders, register with the federal government, and provide detailed information on a monthly basis to the tax department of each state it ships too – including the names and addresses of each customer.

While this is not an all-out ban on online sales, most small vapor businesses do not have the infrastructure or ability to comply with these rigorous requirements. Penalties for not complying with the PACT Act include up to three years in prison.

For the few who do, it would raise the cost of purchasing vapor products for people who depend on being able to have safer alternatives delivered to their door by requiring signature on delivery.

What happens to online purchases?
Banning USPS from shipping vapor products will force companies to use private carriers like FedEx and UPS. In addition to these carriers being more expensive than USPS, they also do not deliver mail to all Americans. Private carriers routinely outsource deliveries to rural areas or neighborhoods they deem “dangerous” to USPS in order to cut costs. Removing USPS as an option means that some people will have no way of purchasing vapor products. For everyone else, it means they will pay higher prices and they’ll be forced to break social distancing rules because a signature will be required on delivery. Additionally, private carriers could eventually cave to political pressures and also ban the shipment of vapor products.

Can’t we just purchase in stores instead?
Not all consumers of vapor products have access to brick and mortar stores due to their health, disabilities, or even their location. And with PMTA enforcement around the corner, the selection of products deemed legal by the government will be so small that many stores won’t be able to survive.

Meanwhile, cigarettes will remain the most visible and widely accessible tobacco product in the history of the world.

Why are they doing this?
The supporters of this bill argue that preventing the shipment of vapor products will prevent teens from getting their hands on it, and reduce youth usage. What they don’t tell you is that less than 6% of youth report buying vapor products online, according to the CDC’s 2018 National Youth Tobacco Survey. Most young people report getting vapor products and other age-restricted products from friends, family, and informal sources–sources that are about to become much more popular after September.

Just a quick pic to show you some new toys in this week. I will write a opinion soon after some time with these new mods. Restocked some Vapetasia Killer Kustard as well! Cant get enough of that stuff 🙂

Starting a new sub category today for photos of the day’s vape (not in my hand :-))
Cosmonaut V2 on top of the Broadside Nashed Admiral and the Elder Dragon on top of the DotMod Squonk.
Northland Vapor Nuts and Creme and Naked Mango.

I have not messed around with fancy coils much. Mostly have used TEMco AWG 316L stainless steel round and 316L stainless steel fused clapton and round wire from AVS. The great sale going on at AVS has prompted me to purchase some affordable fancy wire. The aliens still only comes as pre made coils, are still expensive and I have yet to try them. Stainless steel to me is the best bang for the buck not only because it provides great flavor, lasts long and you can also use it for temp control. I really don’t use Nichrome 80 or Kanthal anymore. Here is what I purchased to try today.

On with the show.

Last one at EVCigarettes, might as well… got it. 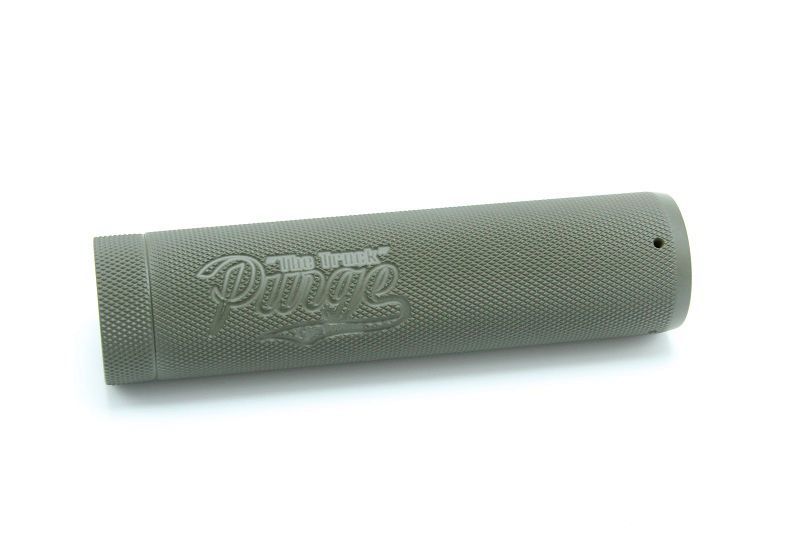